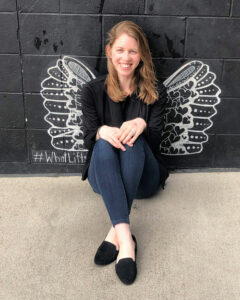 Alyssa Bogdanow Arens is an Associate Portfolio Manager at the One8 Foundation, where she works on the Jewish community and Israel engagement grantmaking team. She previously worked for the American Jewish Committee’s Washington Regional Office, Israel Outdoors, and the Union for Reform Judaism. She received a BA with Honors in Anthropology and Religious Studies from Wesleyan University in 2011, and a Masters of Public Policy and a Masters of Jewish Professional Leadership from Brandeis University in 2016. When she’s not chasing after her toddler and golden retriever, she loves trying new restaurants, taking spin and yoga classes, and doing crossword puzzles.

Back to Our Team